Shining from the past 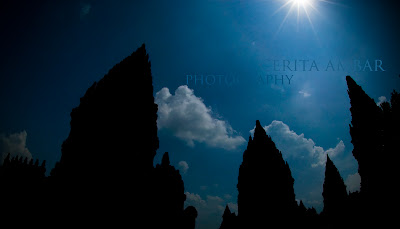 Prambanan Temples is huge complex of stupas was erected 9th century stunningly lied in the corner of Jogjakarta, Indonesia. It's thought been built by Rakai Pikatan as celebration of Hindu's power in Java.

The great earthquake in May 2006 brought significant damage to the temples leave authority to put scaffolding to hold the structure.

The best way to reach Prambanan by motorcycle. It will easy to locate most of the stupas with two wheels rather than by foot. Tickets : US$10 for adult foreigner
indonesia photography