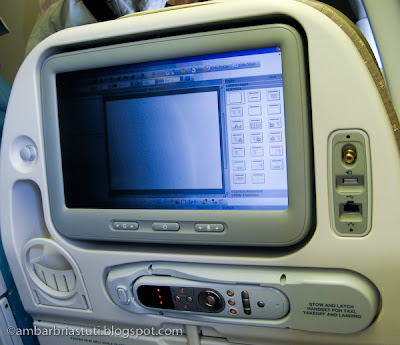 On the flight with new Boeing 777-300ER from Taipei-Singapore I had my first bite of StarOffice 8 Impress application based on Linux at Kris World SIA Entertainment. It turned out on the bigger screen on the back of passenger seat. It has USB connector as well which can connect to any flash card or external disks.

The Application produce by Sun Microsystem's using open office version on it. It has decent navigation though but just can not cope with my hand's speed. On the handset also design for simple keyboard to type-in on the back of entertainment navi's. It's simple, sleek and impressing. 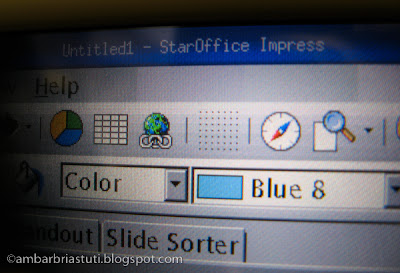 The only problem is this PC really easy to crash. My screen came frozen after so many attempts to click changes. It has to be restart by airline's crew (if you ask to) otherwise you will end up seeing this screenshot for the whole 4.5 hours flight. As the first airline to use this office applications (or virtually we can call it PC), Singapore Airlines is the lead. They thought carefully about putting the PC along with great movies and games.

Still want to work on your laptop ?
singapore technology travelling