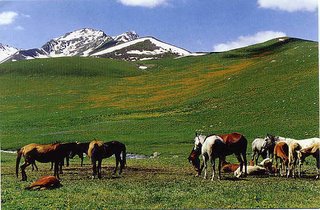 Agustinus sent another postcard from journey through ex-Soviet country. He said :

"Zdravtvui", is Russian-greeting for you. Let me also say "Takshy syzby" in Kyrgyzstan. Two years ago I travelled into this country only with basic Russian now I can say Kyryz -a language I learn few days ago. This language is different than many languages I've learn before. There is "vowel harmony" which playing with equation every time you’ve create new sentence. It’s difficult but once I started saying it I began to see Kyrgyzstan in different way. Hope you’re fine in America”

There’s a mixed feeling about travelling on your own. First you’ve got to be ready if anything happen to you. The decision entirely on you not someone’s else. You’ve got to deal with local, speak with them, ask for help. Language is a bridge to communicate what you need.

Agustinus had a talent that not many people have. He is fluent in many languages. Suroboyo –where he grown up, Madura –another east java language, Chinese –he went university in Beijing, Urdu and Hindi –when he travelled in India, English –as you can read on his blogs, Arabic –I bet he learn in Iran, and many more. That’s the key why he survived in the rough path he went. Maoist in Tibet, Taliban in Afghanistan, Kashmir in India. 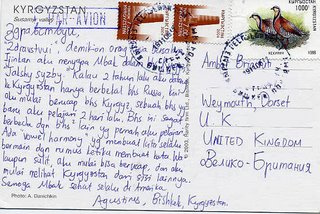 Language is also open the door of understanding of culture and sociology. You know why muslim and hindu always in battle (India), why Pakistani boy want to kiss other boy etc. I have to admit that I am jealous. I have to read the book, see movie or television to get to know what the meaning of gestures, smile, waves, hugs etc but Agustinus just being there to learn in real world. His note about people he met always new discovery for me. It's open up my door through his journey. Thanks Gus !