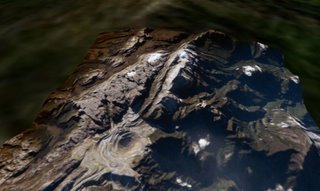 I am writing this because as an Indonesian I'm concern about one of natural wonder lied in the Papua island next to New Guinea. It is NOT because I want to go but in fact because I CAN NOT go there.

When Reinhold Messner crowned Cartens Pyramid or Puncak Jaya became one known as Seven Summit, climbers all around the world were in racing to conquer it. The consequences is the price to climb hiked as much as $18,000 ! It's getting an conflict of interest when the only access (say legally) is from Jakarta. Why? Because Cartensz is within the area of the copper mine held by Freeport. And the company notoriously using military to protect their teritory. To hand a permit to climb the beautiful wall in highest peak austonesia you've got the permit from BAIS (inteligent body in Indonesia like FBI), army, minister of tourism, ministry of foreign affair etc etc. Yes ..it's a long process.

Is that apply for me -an ordinary woman from Indonesia as well? Oh definitely yes because the lacked of access made the Cartensz even harder than should be. The only thing I can do is try to contact local agent ask about the price -for sake's of my coriousity. They even DID NOT repply my email for second time, totally ignored me. But when a colleage -he is a foreigner sent email he've got repplied in instantly. He even got updating 'expedition' to climb Cartensz while he keep saying that it's ridicilous for him to give a short notice about the expedition. Can you prepare an expedition in just 4 weeks? Naaaayy....not for him and phisical ability. So being Indonesian means you are a poor and can not afford the amount of money.

Most of climber regarded Cartensz not so easy but it does not mean difficult. I was pittying my self that as Indonesian is not guarantee that you can climb mountain in your own country. Shame....